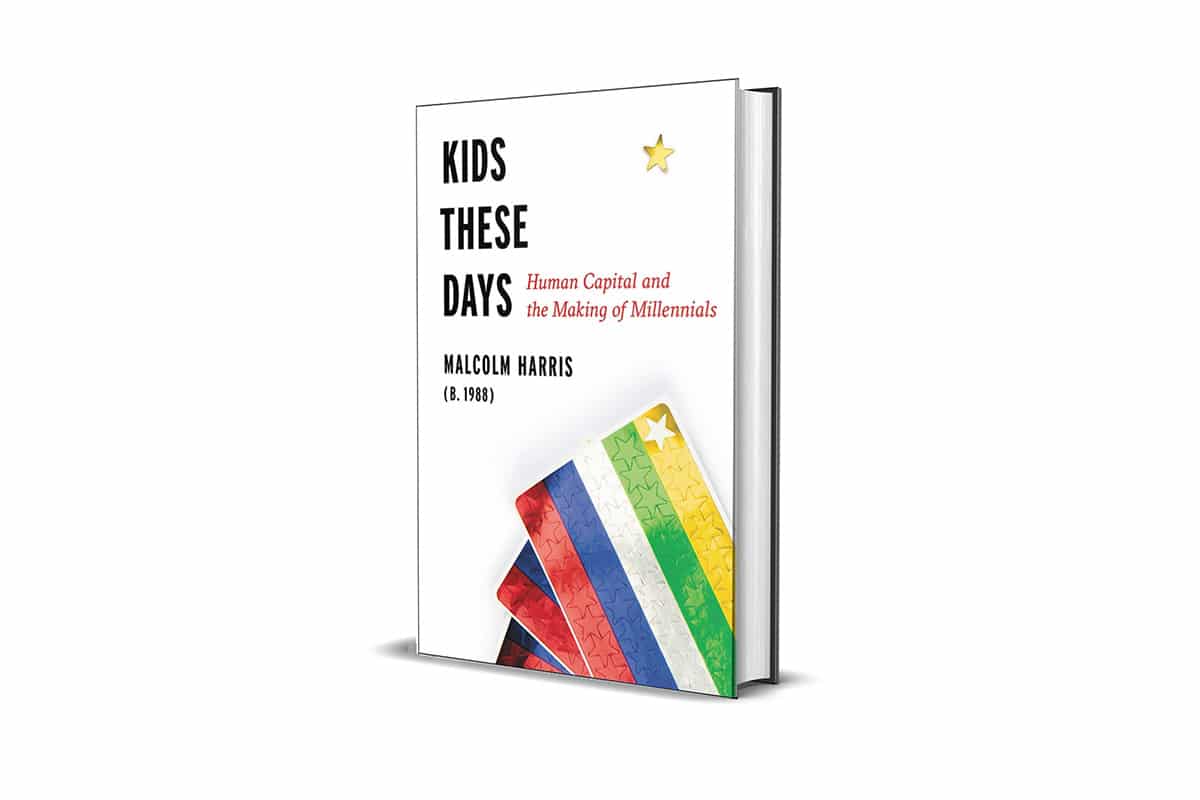 Kids These Days: Human Capital and the Making of Millennials by Malcolm Harris is a bit of an unusual work of social and economic criticism. Like many books in its genre, it tours the current status of human misery and exploitation. But, on the contrary to many other similar works, it doesn’t end on the bright side offering potential solutions.

When we talk about generations, we always assume that the world is split upon into them, which leads to continuous assumptions about characters and stereotypes of generations, which we have seen already have not real basis. However, if you build a big enough cluster of people, you start discerning a number of characteristics that people belonging to a specific cohort share. On this, the analysis of Harris is pretty good in clearly identifying these traits across a specific subset of Millennials: US-born and raised ones.

Its reading is pretty much on the pessimist side from the beginning. Already in chapter one, he defines the outcomes of a number of macro trends that impacted his generation:

The result is a generation of children with an unprecedented lack of unsupervised time who have been systemically denied the chance to build selves without adult oversight.

His analysis stems, through the chapter of this book, along with a diagnosis that starts from School and Education to University (with a very high focus on the student’s debt potential crisis) to the world of Labor, up to including Social Media. And essentially shapes its side in the form of a generation. that is bound to increase its value in terms of “human capital”, by over-investing in self-learning, with the idea of gaining better jobs, but in the reality, this does not materialize has companies are trying to shape more profits, pushing outside the “risk” implicit in this Human Capital investment to the individuals.

A first reaction at summarizing this thesis, is that it feels a very Marxist approach, seeing such a strong opposition between workers and employers. At the end of the book, the author defines himself as a “communist Millenial”. However most of his theories are strongly supported by evidences and social research he’s putting on to the table.

The biggest limit of this book is in its scope: one of the undeniable characteristics of the current generation (however you want to define it) is its global interconnection. Despite the growing attractiveness of populisms, it is a fact that work is more global today than in the past, and not just in the form of cost-saving delocalization. Thus, any analysis that wants to project Millennials into such an opposing scenario, misses the nature of work relationships in the other countries, where a lot of the factors are not the same. For sure this book crystalizes a strong denunciation of the “American Dream” as many intend today.

A second limit is in the way he intends companies as only fueled by profit. This character of capitalism is being denounced today by more and more organizations in their way of doing and growing, thus illustrating the possibility to create an alternative scenario.

Millennials cannot be reduced into a book, not even if it is written by a Millennial, because whatever approach you take, any suggestion you will do will only apply to one subset of the “generation”. This was valid in the past and is valid for a lot of other social science phenomenons (think again avegarianism).

Kids these Days in a Nutshell

The best way to predict the future is to invent it.