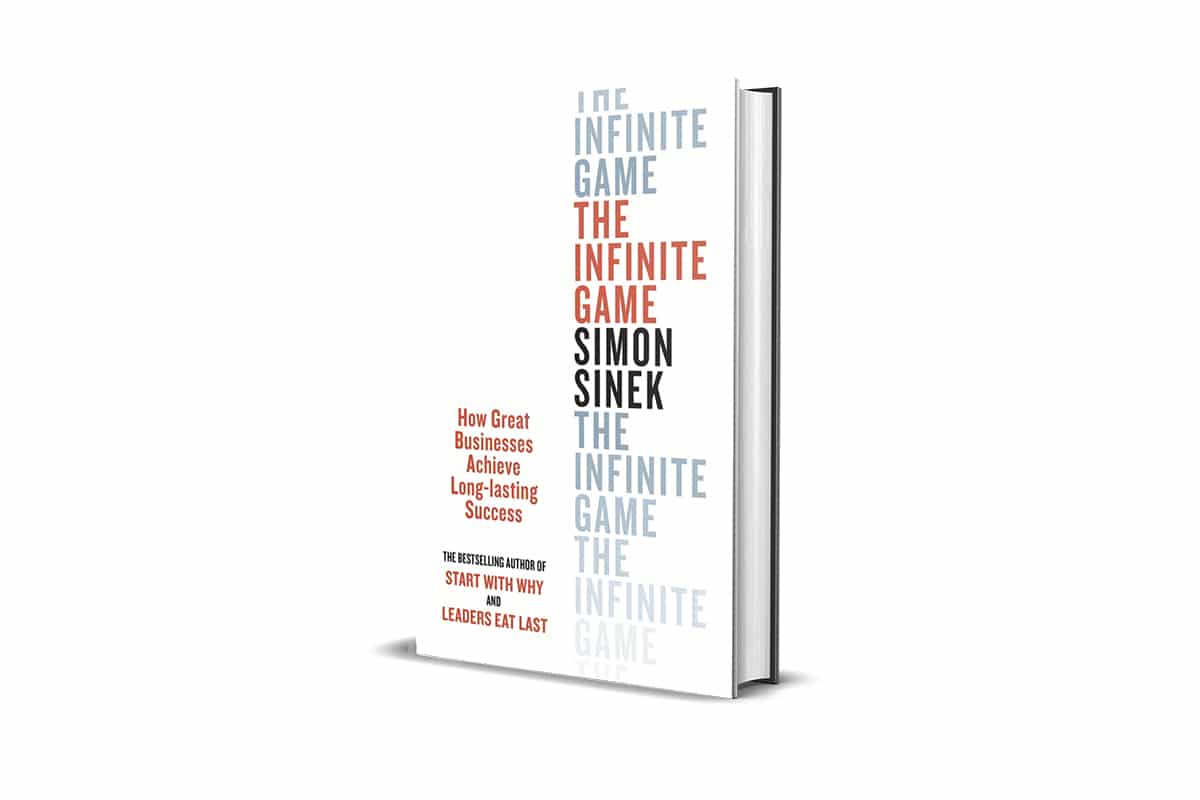 The Infinite Game is the last book by Simon Sinek. As usual with his works, the book centre itself around a basic idea, that is then analysed through several cases and anecdotes. The foundation concept derives from the book of James P. Carse Finite and Infinite Games: a Vision of Life as Play and Possibility, published in 1986.

Finite games are played by known players. They have fixed rules. And there is an agreed-upon objective that, when reached, ends the game. In Finite Games, a player plays to win. Infinite games, in contrast, are represented by known and unknown players. There are no exact or agreed-upon rules. In an Infinite Game, players play to keep playing. The objective is to perpetuate the game.

The problem is that we mostly see all games as finite, whereas some are purely infinite. And this is the case of organisations: most managers think of them as playing to win, by the rules of a finite game. But markets are much more similar to an infinite game.

When we lead with a finite mindset in an infinite game, it leads to all kinds of problems, the most common of which include the decline of trust, cooperation and innovation.

Sinek’s ability with words is known, and the book proceeds smoothly through examples and anecdotes looking at the various steps identified above.

The Just Cause is the core of the practices identified. It’s not the same as the WHY, as it is focused on the future, and should inspire us to want to keep playing. Sinek’s links this a lot with the concept of Servant Leadership and to that of service orientation, as both allow the organisation to be more infinite-minded.

To keep us in the Infinte Game, our Cause must be durable, resilient and timeless.

The author analyses positively the current effort of many companies to define their purpose. However, he also notes that a Cause is not the same as a Goal or an Objective, and focused on the fact that profit is not a cause, but rather the fuel to advance a cause.

Talking about the Cause allows Sinek also to discuss a revision of the Responsibility of Business, a topic that has lately been very much discussed, reviewing the link between advancing a purpose, satisfying customers and generating profit.

The art of good leadership is the ability to look beyond the growth plan and the willingness to act prudently when something is not ready or not right, even if it means slowing things down.

Trusting teams is the second practice that Sinek identifies. Trust is a common thread in Sinek’s work, and in this case, the new reading lense he adds is that of what happens when trust is not nurtured. He talks of Ethical Fading identified as “a condition in a culture that allows people to act in unethical ways in order to advance their own interests, often at the expense of others, while falsely believing that they have not compromised their own moral principles.” Many examples are available, and mainly link the deconstruction of the culture of the company, where structure replaces leadership and culture disappears.

Chapter 9 introduces the concept of “Worthy Rival”, the idea that organisations should have a rival to which they compare themselves and get inspired on an attitude of improvement, but not with the purpose of “destroying” the adversary, but instead on the concept that in an infinite game both parties can succeed.

Existential Flexibility is the “capacity to initiate an extreme disruption to a business model or strategic course in order to more effectively advance a Just cause”. Interestingly, in chapter 5, Sinek already defines Disruption as the “leaders’ failure to envision the future of their business as the world changes around them”, thus detaching it from pure technology. The Flexibility he introduces is really the capacity to develop the company in directions that go beyond its traditional business model, but are still aligned to the Cause.

All of the above practices are joined together by the courage to lead, i.e. the willingness to take risks for the good of an unknown future. Courageous leaders prioritise people before numbers and are strictly focused on delivering service.

None of us wants on our tombstone the last balance in your bank accounts. We want to be remembered for what we did for others.

And you? how did you find this book?

The Infinite Game in a Nutshell

Most of what we call management consists of making it difficult for people to get their work done.