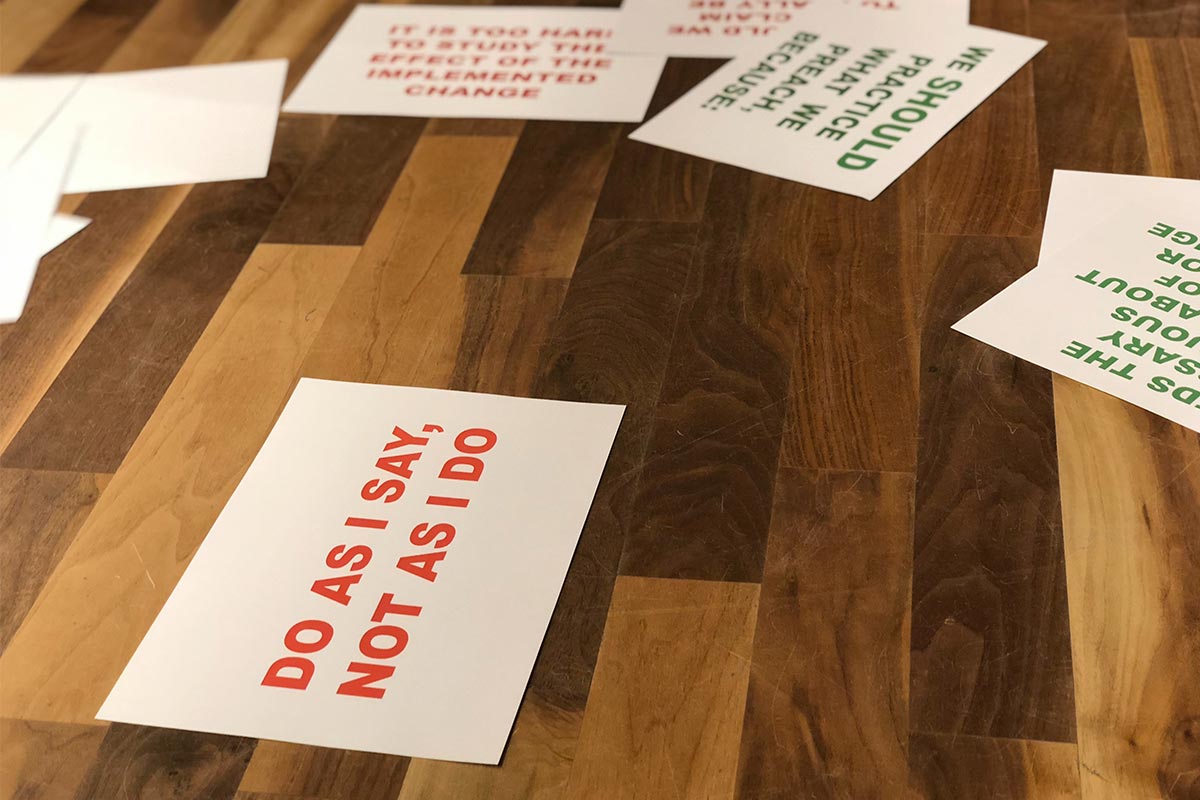 Recent years have brought a new focus on the role of manager, up to the point that many have wondered if we still needed this role. Especially in a moment of technological revolution and fast change, a lot of the attributes we associate to managers seem to be counterproductive. So, do we still need this role in our organisations?

First, let’s fire all the managers was the title of an article by Gary Hamel of eight years ago appeared on Harvard Business Review. “Think of the countless hours that team leaders, department heads, and vice presidents devote to supervising the work of others.” But he was not the first, as Peter Drucker himself questioned the role of managers.

“Most of what we call management consists of making it difficult for people to get their work done.”

The work of Managers is not just inefficient, it also has not kept up with the pace needed by new technology transformation, societal changes, market evolution and, simply said, by what’s needed by a modern organisation.

Most managers are hardworking; the problem doesn’t lie with them. The inefficiency stems from a top-heavy management model that is both cumbersome and costly.

What is a Manager?

It’s more than 100 years that management is aligned with what the French engineer Henry Fayol had identified as the 5 functions of management, as well its 14 principles. Heavily influenced by Taylorism (it’s not a chance that the “division of work” is the first principle identified). The issue is that all this works in a stable and predictable environment, definitely not a characteristic of what today happens. Despite this, Manager as a role has had a lot of success, in many ways sustained by the intertwining of Business Schools and Consulting support, all focused on ensuring a flow of “managerial” roles across organizations.

Many have called for new roles (or new rules) for the manager, and many new models have emerged calling for flattened organizations where the role of the manager would be different. Holacracy is a key example of this trend, even if its implementation is definitely not an easy one. In another example Jacob Morgan has suggested the creation of a Managerless Company, where most of the traditional tasks get distributed across the employees in cooperative ways. Some suggested that an Hybrid will be the end result.

We need to recognize that the role of managers has evolved, and has become more and more “complicated”. We ask managers to be mentors, Leaders and Coaches, motivators and evaluators, managers of performance of their teams, and results of the company. All these “roles” are however part of how the task was imagined right from the beginning. Issue is that we haven’t carefully crafted our expectations around these, on choosing the right candidates for the job.

If the traditional tasks of a manager are more suitable for a steady and not evolving world, how do managers deal with change?

One go the key example of misalignment between the role of managers and modern reality comes from the concept and discipline of change management. With all the projects of change, transformation and so on, this topic has been one of the most known buzzwords in management in the past decades. I don’t intend here to add yet another definition on this discipline. But I would like to argue on the fact that too many companies have created parallel organizations of change agents, change champions etc. (the naming is just as creative as the subject can be), depriving the role of the Manager of one of its most important tasks: implementing change.

What this means is that we implicitly recognize managers as defenders of the status quo, incapable of managing processes of transformation that in reality should today be the majority of the work, and we constantly create shadow organizations that increase the communication’s entropy inside the organisation.

In my opinion if a manager fails to implement change, we need to question the entire need of its role in the organisation, as in today’s world this is the key skill that is required.

we don’t have to be starry-eyed romantics to dream of organizations where managing is no longer the right of a vaunted few but the responsibility of all.

We can call it in many different ways, but what we want to make sure is that we abolish micromanagers. You don’t need to overpay people to organize the work of every employee: this is the concept that has failed. Yet, how many managers do this? One of the reasons is that we oblige a lot of people to become managers, simply because we don’t see other possibilities to award them a career. Without the necessary skillset to become managers, the only way people cope is resorting into controlling other people’s jobs.

By allowing people to self-manage in reaching their objectives, we will allow a much better and productive environment for the organization. The concept itself of having goals implicitly reaffirms the need of management as a discipline (else the danger would be anarchy), but not necessarily so the need to have

If we see motivation and purpose under a different eye, we can interpret the need of management in a totally different way. By using concepts such as Lean and Agile, we can implement organisations that can be more nimble in their hierarchy needs.

We will still need roles that are able to manage, but in different ways. It’s not a coincidence that the world of Agile has focused on concepts of diffused leadership (think of the Scrum Master), flat hierarchies and disciplined prioritization: these become the cornerstones of better ways off working and achieving results. Change is not easy however, as a big part of management today still lives on the self-fulfilling prophecy identified by Weber when he analyzed bureaucracies. How many management levels exist just to feed another level of management?

And you, what do you think of the need of management?

Photo by Carine L. on Unsplash

We now accept the fact that learning is a lifelong process of keeping abreast of change. And the most pressing task is to teach people how to learn.